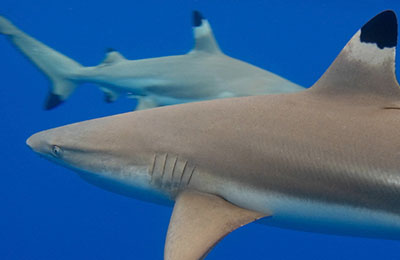 Habitat: Blacktips often come inshore in large schools, particularly in association with Spanish mackerel. Frequently the most common shark in clear-water cuts and along beaches in Florida and Bahamas.

Fishing Tips: Blacktip sharks are sometimes caught by sport fishermen off the beach or offshore They provide a good fight, often leaping out of the water.